With sighthounds in our hearts!

Her questions were followed by a simple answer that Oonah is not ready yet and that she would just get angry at Chili if he tried to do anything at this point. We need to wait until she gets ready.

Below is a more facts based explanation of a dogs heat:

The canine heat cycle is also called estrous or season and it has four stages:

Proestrus. The signs of the first phase are bloody vaginal discharge from your female and somewhat enlarged vulva. This discharge is often bright red coloured. Males will be attracted to your female but she will be unwilling to mate. This phase can last for 4 to 20 days with an average length of 9 days.

Estrus. Not to be mixed with the entire cycle name estrous. During this time your female’s vulva will get even more enlarged and the vaginal discharge will change it’s colour from bright red to pink-yellowish. It is during the estrus that mating occurs. This second phase can last for 3 to 20 days with an average of 9 days. It is during this period that eggs are released. After they have been released the eggs need 2-3 days to mature. It is generally more difficult to find the right day for mating if a female has long lasting estrus.

Diestrus. This is the time after estrus or mating. It can last for 60 to 90 days. If the mating was successful the pregnancy lasts around 60 +- 5 days.

Anestrus. This is the period of resting and is characterised by sexual and hormonal inactivity. It lasts for 2 to 3 months or as long as up to 9 months.

The above description of the canine heat cycle is a profoundly simplified one. There are several other factors that are affecting the heat cycle such as several hormones and environment female is living in just to name a few.

So where in the cycle is Oonah now?

We are now in day seven of Oonah’s heat which means that she is still in the proestrus period. Her discharge is clear red and she is not ready to meet with Chili. So for now we can’t do much but wait for her to get into estrus. It is first then she will allow Chili to try to mate with her.

If I go back to Oonah’s previous heats I would say that she will come into estrus around 27th of March. This means that we have one more week to go before any big news can be shared. 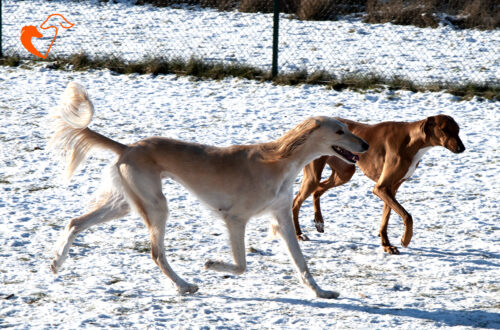 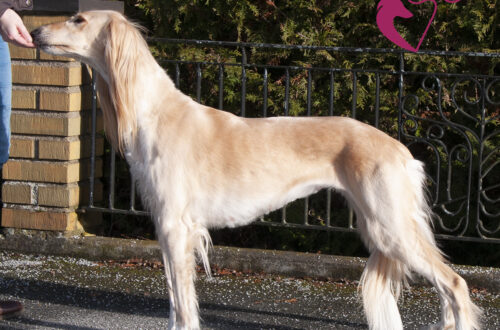 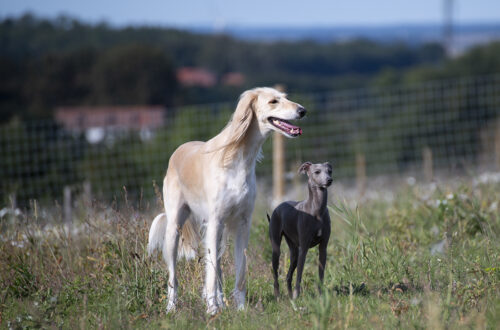